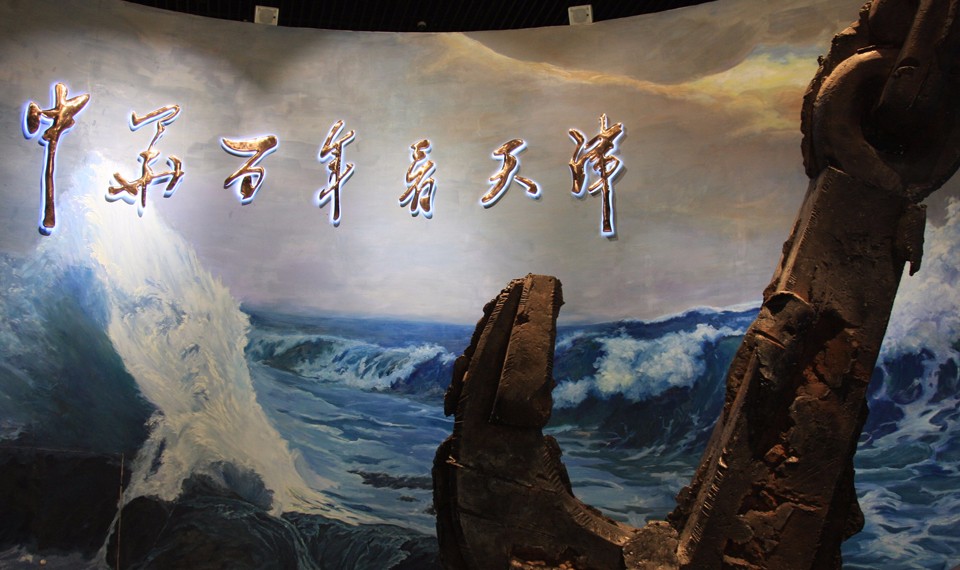 “中华百年看天津”是天津博物馆最重要的基本陈列之一。展览展示了天津自鸦片战争后至中华人民共和国成立的一百年间的风雨历程，表现了天津人民在争取民族独立，实现国家富强的历史进程中，在屈辱中奋起抗争，一代又一代的仁人志士，在津沽大地上进行的艰苦卓绝的探索和不屈不挠的奋斗。从抵御外侮、政治变革、经济发展、文化交融和中国共产党领导的新民主主义革命等方面突出了近代天津在百年中国的历史地位，揭示了天津发展成为中国北方最大工商业城市和中西文化交汇前沿的曲折过程。
Tianjin-An Epitome of China in the Past Hundred Years （百年中华看天津）
The one hundred years after the Opium War was a period of bitterness for China as a semi-feudal and semi-colonial country. Striving for national independence and prosperity became the sacred mission of the Chinese people. To attain this goal, the people of Tianjin, together with their fellow countrymen, rose up in resistance, with generations of men and women with lofty ideals throwing themselves into a most arduous exploration and tenacious struggle.

Since the Westernization Movement, Tianjin had become the center in the dissemination of the modern industrial civilization in north China, a confluence of Chinese and western civilizations, and the sourceland of many new ideas and practices. Patriotic personages of various circles made their attempts in Tianjin in saving the nation by engaging in industry, education and science, taking the city to the forefront of the national economy and culture, and the largest industrial and commercial city in north China. After the May 4th Movement, the Communist Party of China(CPC) persisted in their leadership of the North China’s revolutionary struggle in Tianjin. “Tianjin Pattern” formed during the War of Liberation laid a solid foundation for the founding of a new China.

The past hundred years of Tianjin in modern time is China in miniature and the epitome of the Chinese nation suffering misery in its history of resistance, exploration, wakening and moving towards the light.